Project created in collaboration with the educational experts at KiwiCo to promote STEM learning and creative confidence.

In this project, you’ll learn more about the chemistry of oil and water and create a bubbly chemical reaction — both essential to making your Bubble Lamp in a Ziploc® brand bag groovy and fun.

Oil and water famously don’t mix well. No matter how much you stir them together, they’ll always separate as oil rises to the top. But oil and water don’t avoid mixing because they don’t like each other; it’s because of their chemistry! In this project, you’ll learn more about the chemistry of oil and water and create a bubbly chemical reaction — both essential to making your Bubble Lamp in a Ziploc® brand bag groovy and fun.

Have you ever noticed how water beads up on most surfaces? (Try dripping water on a penny, and you’ll see what we mean.) That’s because water molecules are attracted to each other, so they tend to stick together and form little droplets. Oil molecules, on the other hand, are not attracted to water molecules. In fact, oil molecules and water molecules push each other away. That’s why oil and water don’t mix, and why oil is a called a hydrophobic (or water-fearing) material. The oil floats to the top because it’s less dense than water. (Try weighing a cup of oil and a cup of water — you’ll find that the oil weighs less.) Simple enough… until we add the antacid tablet. Antacid tablets contain sodium bicarbonate (also known as baking soda) and citric acid, plus some other substances. In their solid form, the sodium bicarbonate and acid can’t react. But as the tablet dissolves in the water, a chemical reaction occurs between the two, creating carbon dioxide gas bubbles. Can you guess if the gas bubbles are more or less dense than the water and oil? They’re less dense! That’s why the bubbles quickly rise to the top, giving a temporary lift to droplets of water that hitch a ride. As the bubbles burst at the surface, the water sinks back down to the bottom. That’s how you get the rising and falling globes of colored water that make your Bubble Lamp so mesmerizing! 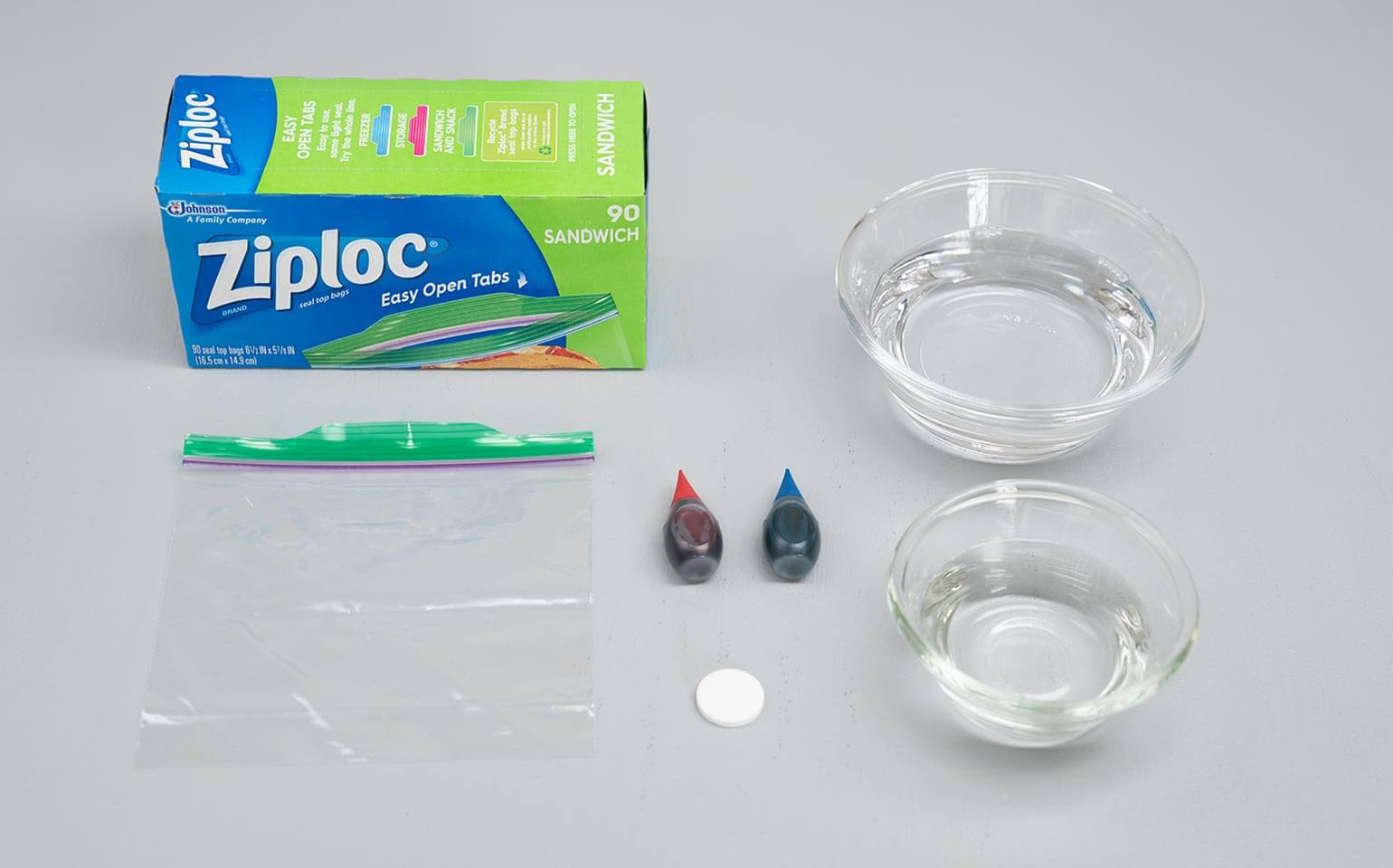 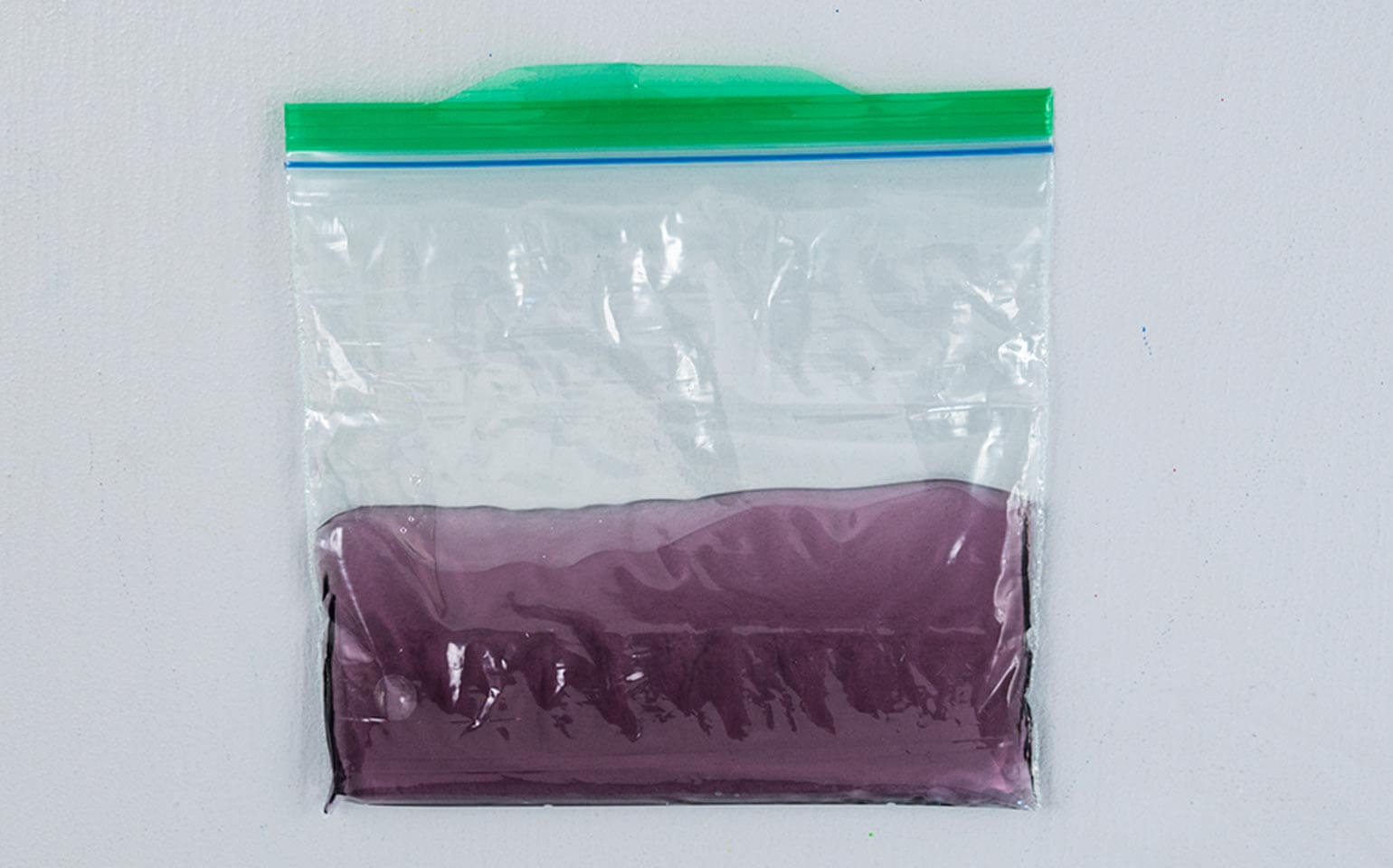 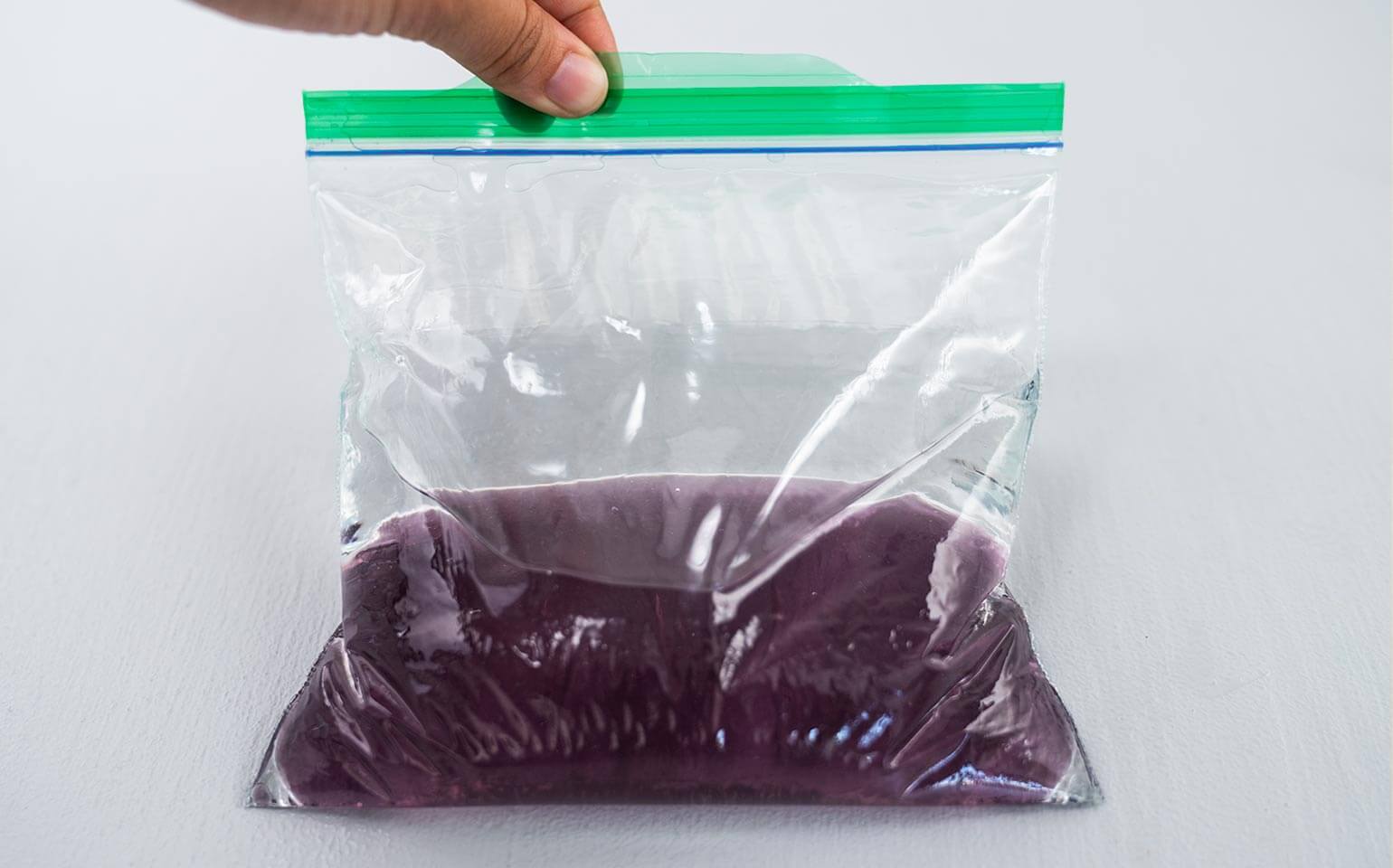 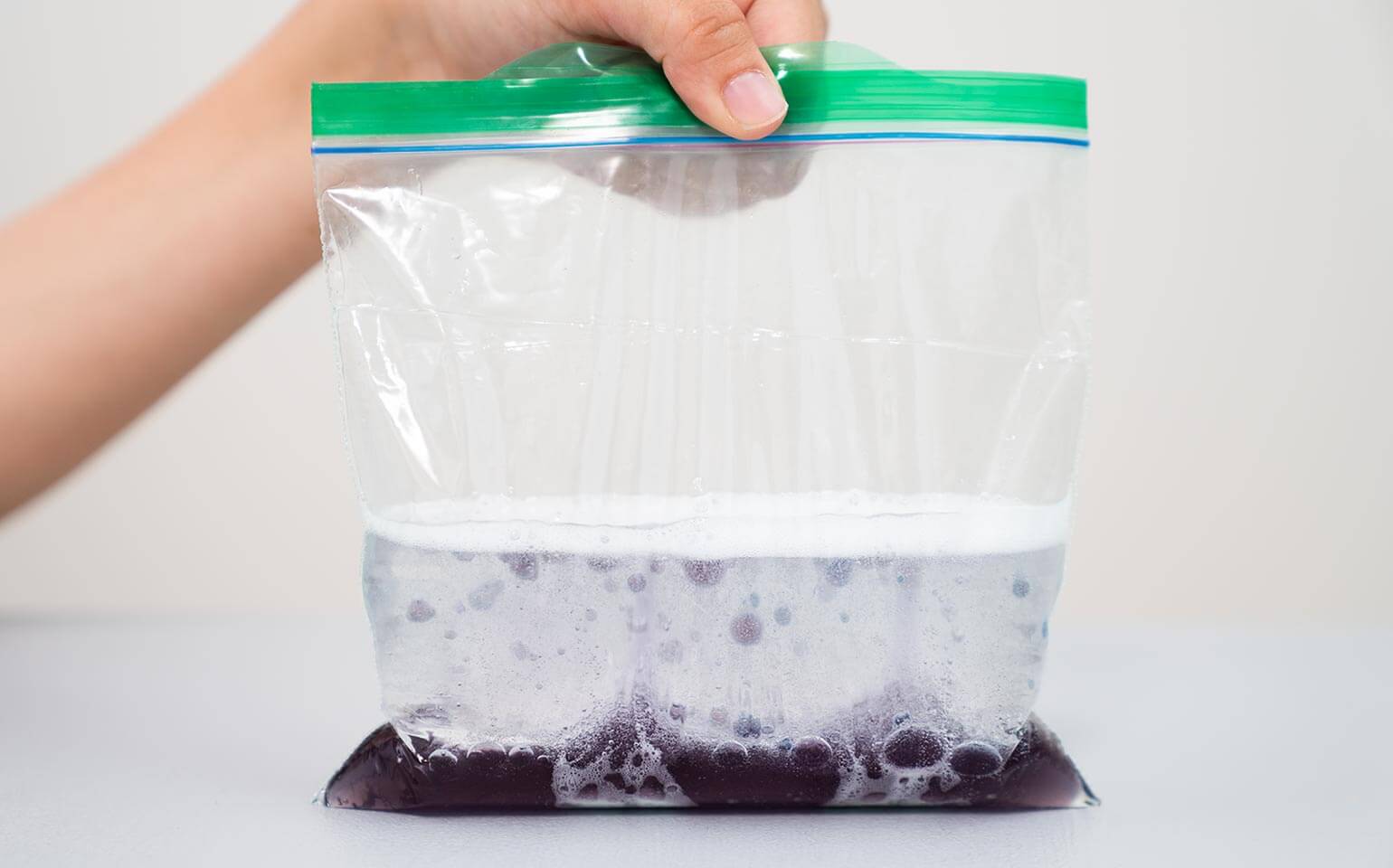 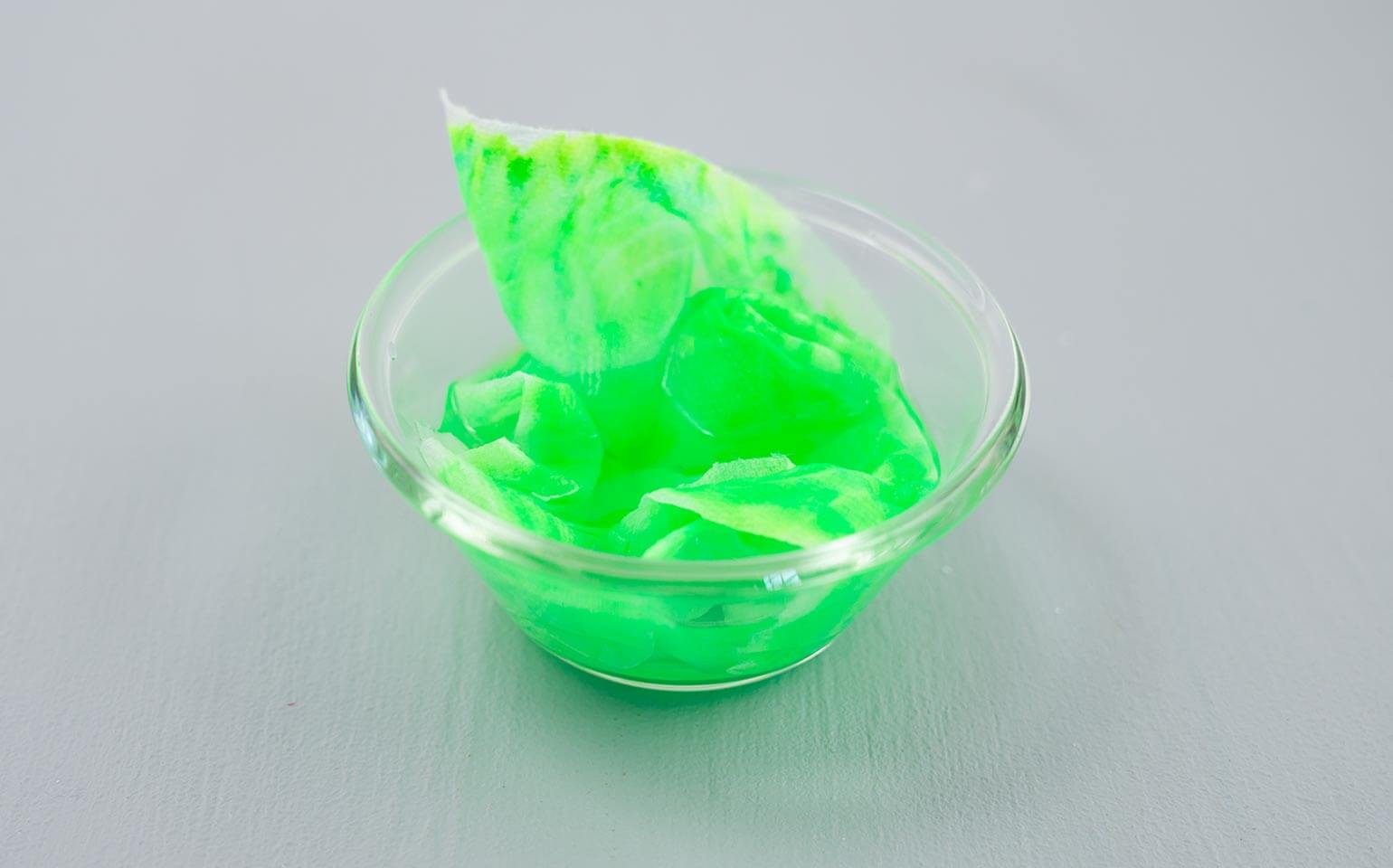 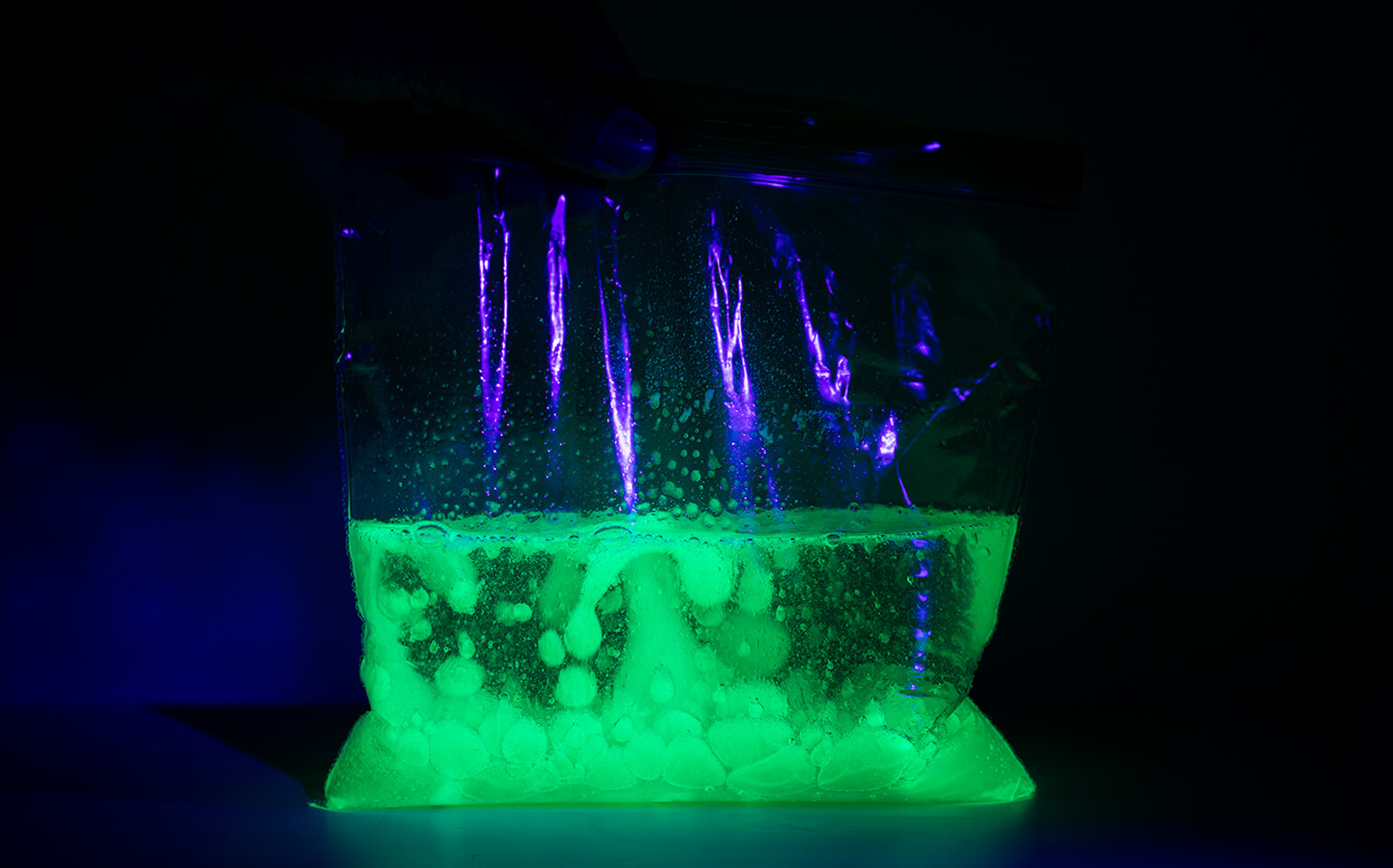 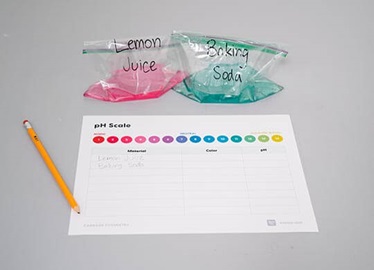 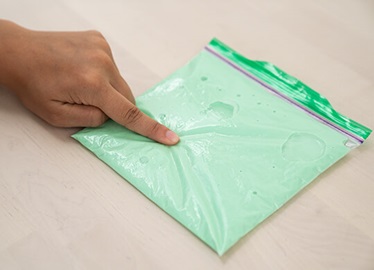 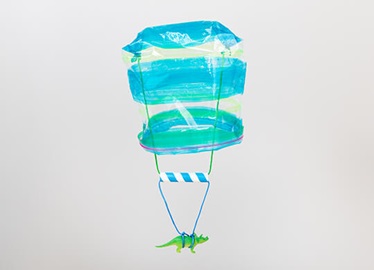 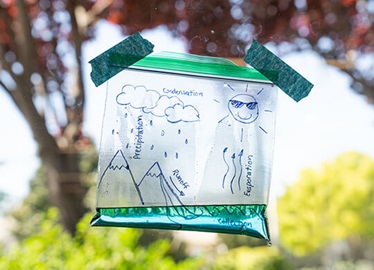 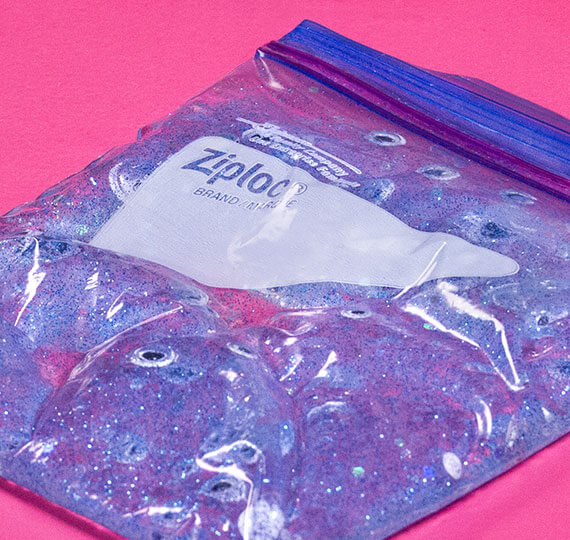 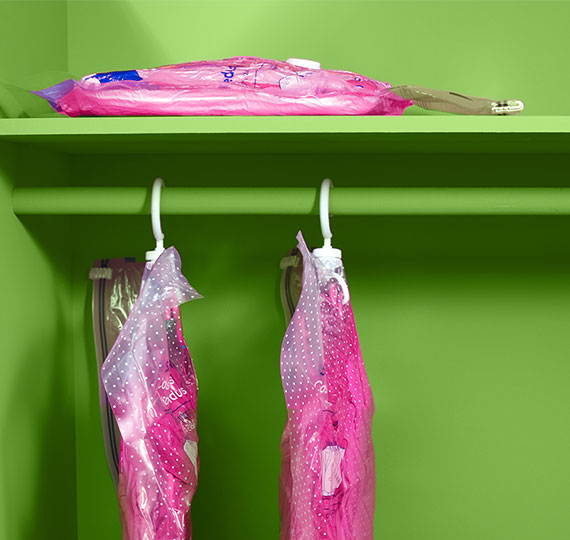